7 Common Myths About Traveling Africa – And Why They Are Wrong

7 Common Myths About Traveling Africa – And Why They Are Wrong

Kristin Addis from Be My Travel Muse writes our regular column on solo female travel. It’s an important topic I can’t adequately cover, so I brought in an expert to share her advice for other women travelers to help cover the topics important and specific to them! She’s also amazingly knowledgable about traveling around Africa. This month, Kristin breaks down some of the most persistent myths when it comes to traveling Africa.

When I told my friends about my first solo trip to Africa, they thought I was crazy.

“You can’t travel to Africa alone! It’s too dangerous!”

“You’re going to get eaten by a lion or something!”

This is a common reaction from those who have not been to the continent and are used to seeing it portrayed in a very negative light in the news and popular culture. We often hear only about the bad side: corruption, war, disease, crime, and poverty. With little else to go on, most people naturally have a negative impression of Africa.

The reality is that Africa is a continent with incredibly varied cultures, landscapes, and activities that you can only experience there. Safaris are certainly a big draw, but there’s so much more to Africa than that. Africa is where I saw my first whale shark, where I spent more time staying in the homes of people I’d just met than paying for hostels, and where I safely hitchhiked from beautiful beach town to beautiful beach town. It’s a continent filled with people on the move, a thriving film industry, growing tech centers, and lots of development projects. I am still continuously humbled by the hospitality and uniqueness I find there on every visit.

Yet each time I go back, I hear the same concerns, worries, and misperceptions. Today, let’s address them. Here are seven common myths about traveling in Africa — and why they’re wrong:

“Africa is just one big place.” 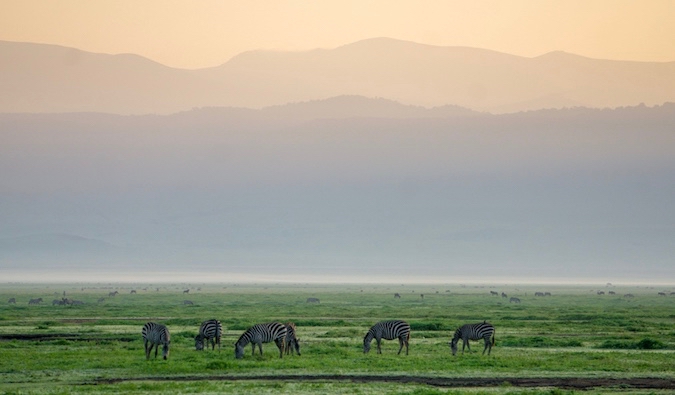 Africa is often thought of as a single place in the media and pop culture, like when Australia’s shadow foreign affairs spokeswoman Tanya Plibersek referred to Africa as a country. But the continent contains 54 countries, thousands of cultures, an estimated 2,000 languages, and widely divergent landscapes. Africa is home to the largest desert on earth (the Sahara) and the highest free-standing mountain in the world (Kilimanjaro). More than 600 new species have been discovered in Madagascar in just the last decade.

I’m constantly blown away by how much variety there is in Africa. I’ve sandboarded down giant orange dunes in Namibia, walked along white sand beaches in Tanzania, trekked with gorillas in Uganda, and eaten at BBQ joints in the South African townships (and fancy restaurants just a few miles away).

Talking about it like one big place is kind of like saying that Europe or Asia is one big place. With Africa, you can’t generalize. 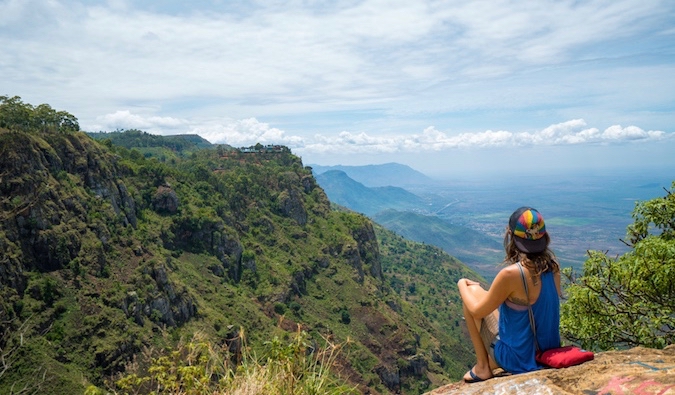 Recent terrorist attacks in Kenya by the extremist group Al-Shabab, the ongoing conflict with Boko Haram in Nigeria, the difficulty establishing a solid government in Somalia, civil war in South Sudan, and the whole Kony 2012 movement hasn’t helped Africa’s image. Combined with our cultural memory of “blood diamonds,” the Rwandan genocide, and Black Hawk Down, most people’s mental image of Africa is that of a place teeming with conflict and danger at every corner.

It’s true that some — but certainly not all — of Africa is very dangerous to travel through at the moment. But this is another instance where you can’t generalize. There are many, many safe parts. According to the Institute for Economics and Peace (which bases its rankings on such factors as violent crime, terrorism, and internal and external conflicts), Botswana, Namibia, Zambia, Madagascar, Ghana, Sierra Leone, Tanzania, and Malawi (just to name a few on the list) are all safer than the United States.

“Traveling in Africa is only for voluntourism or safaris.” 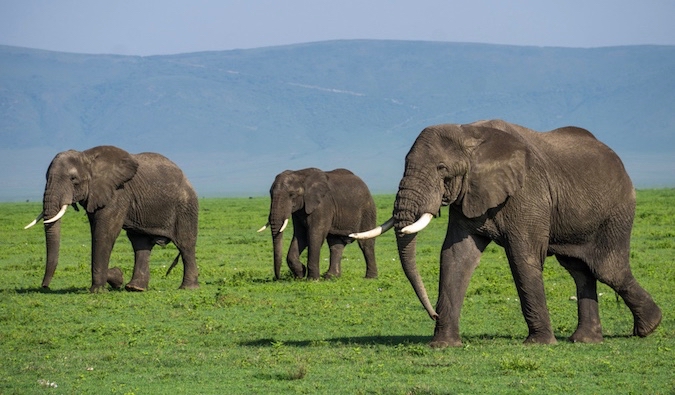 I remember sitting in a restaurant in Namibia with some locals when one of them asked cheekily, “So what are you here to save?” After all, Africa sees a large number of voluntourists who come to save something and try to do good (though often do the opposite). 47% of Peace Corps volunteers serve in Africa and, in 2014, South Africa alone welcomed 2.2 million volunteers!

As for tourism, most people think that in order to see Africa, you have to go on a safari and have everything planned out for you. Very few imagine “backpacking” through Africa as feasible and safe, but just like Asia or South America, Africa has a backpacker’s trail as well, and it’s full of people who are neither volunteers nor safari seekers.

There’s so much else to do and see in Africa, like touring the Pyramids of Giza in Egypt, lazing away on the famous beaches of Zanzibar, climbing Kilimanjaro in Tanzania, exploring the ancient cities of Marrakech and Timbuktu, scuba diving in Mozambique, exploring the townships in South Africa, and bungee-jumping at Victoria Falls in Zambia, one of the natural wonders of the world.

“You need a lot of money to travel through Africa.” 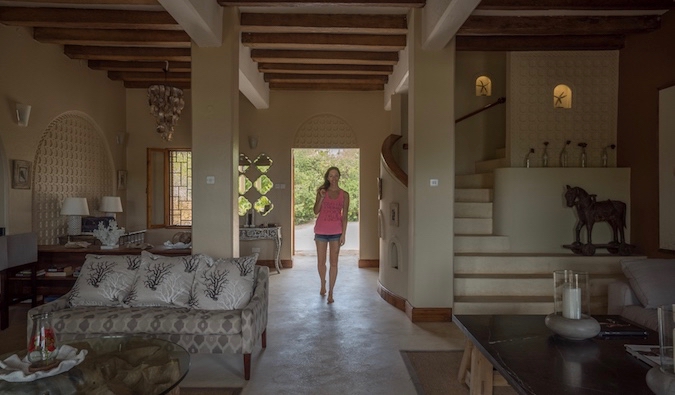 Since most people assume they have to go on a safari, they think it’s expensive to travel in Africa. But Africa doesn’t have to be the land of safaris that cost several thousand dollars per day and beach hotels with private butlers.

The opposite is actually true. I was surprised that I could drive myself through Kruger National Park in South Africa or Etosha National Park in Namibia, without paying top dollar for a tour. Between those two parks, you can easily spot “the big five” (the lion, elephant, buffalo, rhinoceros, and leopard) on your own.

I was impressed by the great value for accommodations as well. In Mozambique, I was able to rent a beach hut for only $15 per night, and you can find budget accommodations ranging from $10 for a dorm room to $20 for a private bungalow (in South Africa, Namibia, and Morocco, as well). I couldn’t believe how unique and funky the accommodations in South Africa were, from campsites to self-contained vacation rentals. In Tanzania, the campsites were usually in beautiful locations, with hot showers and cooking areas and sometimes even swimming pools!

Transportation doesn’t have to be expensive either. For example, there are budget safari options as low as $80 per day including food, accommodation, and activities (or take yourself on a self-driving safari); Baz Bus (aimed at backpackers in South Africa) offers $10 short rides or a three-week pass for around $325; and car rentals in Namibia and South Africa run around $25 per day for a basic vehicle.

Africa doesn’t have to be super luxury to be enjoyable!

“Africa is dirty and underdeveloped.” 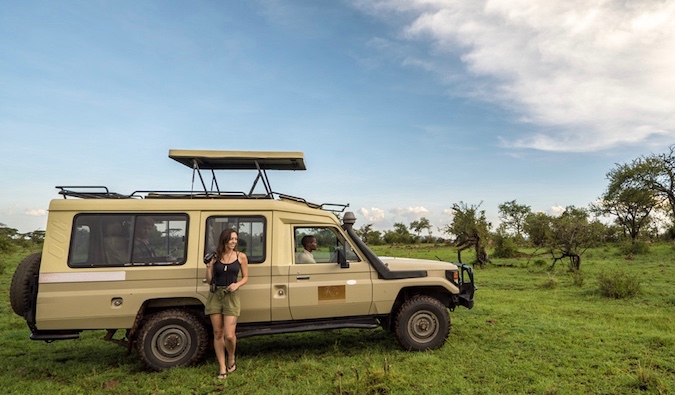 As I drove into Rwanda, I couldn’t believe how clean everything was, with almost zero trash on the side of the road. I was equally amazed by the sprawling mansions I saw upon entering the capital, Kigali. Since the mid-’90s, Rwanda has pulled over one million people out of poverty and maintained peace, as well as involving more women in politics (64% of people in parliament are women) than any other country in the world.

This is just one of many countries that are doing well in Africa, including Botswana, which quickly outgrew its ranking as one of the poorest countries after independence from Britain in 1977; it has had one of the highest average economic growth rates in the world (averaging about 9% per year from 1966 to 1999 and 5% since then). The Ivory Coast is also experiencing heavy growth, with a GDP growth of 8.5% in 2016 compared to 1.6% for the United States.

Cell phone ownership is skyrocketing in Africa. I couldn’t believe that in Tanzania, in the Serengeti of all places, I still had full 3G service. My coverage was way better out there than I often get in the United States!

I was similarly blown away by how good the roads were in most of southern Africa and parts of east Africa, including Tanzania and Zambia, for example. There are certainly plenty of roads riddled with potholes or simply made of dirt, but that wasn’t the majority of my experience on the roads there.

While there are many (very many) development problems that need to be solved, the notion that the majority of the countries in Africa are barely developed, poor backwaters is just very far from the currently reality.

“Africa is full of diseases.” 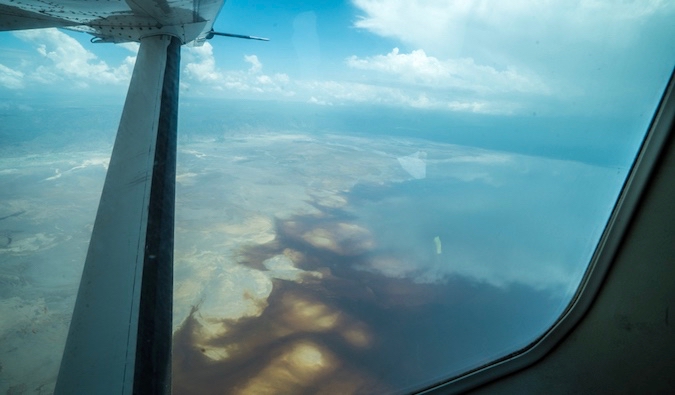 The Ebola scare a couple of years ago prompted my friends to worry that heading to South Africa might put me in danger. The reality was that Europe, where I was living at the time, was actually closer geographically to the epidemic than South Africa. (Again, people are geographically challenged when it comes to this continent.)

Malaria is another big concern; however, there are major initiatives in place to eradicate it. While asking your doctor about preventative measures like malarone or doxycycline is still absolutely advisable, between 2000 and 2015, cases of malaria on the continent have dropped an estimated 88% thanks to an increase of insecticide and mosquito nets. There’s been a 60% drop in mortality! Here’s a chart: 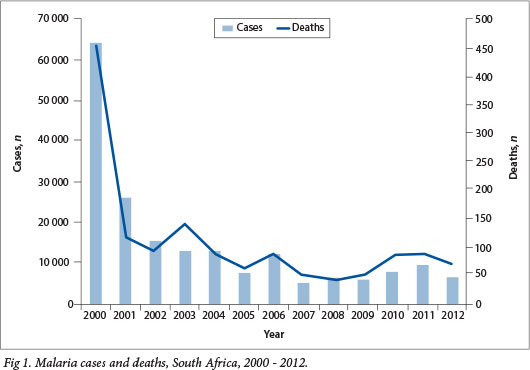 HIV and AIDS is also a major problem, especially in South Africa and Botswana, where over 19-25% of the population are infected. That said, the rate of infection in the region has fallen by 14% from 2010 to 2015. Elsewhere in Africa, such as in Madagascar, Morocco, and Tunisia, among others, the infection rate is below 0.5% of the population.

“Traveling alone there, especially as a woman, is a terrible idea.” 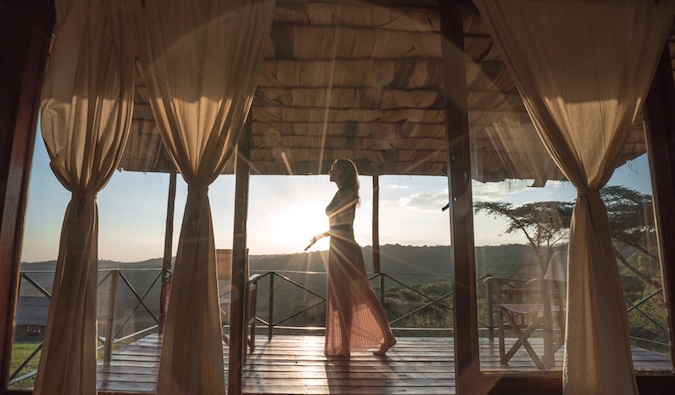 Tell anyone that you plan to travel alone to Africa and you might be met with horrified reactions, due to all of the perceptions listed above. I was admittedly a little bit afraid to travel solo in Mozambique, mostly because I couldn’t find much information about it that was positive, but I went anyway and came out of the experience with tons of new friends and wonderful memories.

I have found that solo female travel in Africa is just like anywhere else — you definitely have to be careful not to walk alone (especially at night), should not get too intoxicated, must remain aware, and need to trust your intuition, but it’s not a big disadvantage to be solo there. The locals often took me under their wing more, and per usual, I was surprised to find that there were plenty of other solo travelers around, too.

While the media’s portrayal hasn’t been the best for Africa, it is, in reality, a wonderful place to travel through, with experiences you can’t have anywhere else. There are still cultures in Africa that maintain their roots, animal encounters that don’t exist in other parts of the world, and some of the most beautiful beaches I’ve ever seen.

Africa is has so much to offer, it has quickly become my favorite continent to travel through, thanks to the friendliness, the warmth, and the adventures. But don’t take my word for it, go and see for yourself and try not to fall in love.

Kristin Addis is a solo female travel expert who inspires women to travel the world in an authentic and adventurous way. A former investment banker who sold all of her belongings and left California in 2012, Kristin has solo traveled the world for over four years, covering every continent (except for Antarctica, but it’s on her list). There’s almost nothing she won’t try and almost nowhere she won’t explore. You can find more of her musings at Be My Travel Muse or on Instagram and Facebook.

P.S. Want to meet other travelers? I’m hosting a series of meet-ups around the US and Canada this summer! If you’re looking to step up your travel game AND meet other like-minded travelers be sure to check out the announcement and register for an event near you!

The post 7 Common Myths About Traveling Africa – And Why They Are Wrong appeared first on Nomadic Matt's Travel Site.