I’ve been picking up a lot of random books in bookstores lately. This can often be hit or miss. I can’t count the times I’ve picked up books only to go “Well, that was terrible.” However, this current stretch has produced some wonderful books and, since it’s been a while since I’ve done a best-books round-up, I think it’s time again! I spend a lot of time on buses, trains, and planes and use that time to devour books so, without further ado, here are seven books worth your time:

1. All Over the Place, by Geraldine DeRuiter 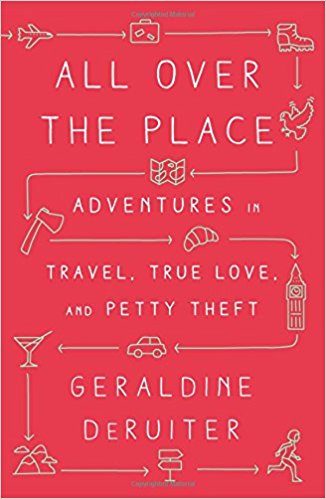 Geraldine, aka The Everywhereist, is a hilarious writer (and friend). This book chronicles her travels, anxieties, and relationship with her husband Rand (who is as cool as the book makes him out to be). It really is all over the place – but in a good way. Though I found the book to be less about travel and more about her relationship, it more than lived up to all my expectations. I’m a huge fan of Geraldine’s writing, wit, snark, and humor and this book delivered all of that. I mean who else can make a poop story so damn funny? If you love her blog, you’ll love this book. (And if you don’t know about her blog, well, read that too.) This book was wonderful and devoured it in a couple of sittings.

2. The Worrier’s Guide to the End of the World, by Torre DeRoche 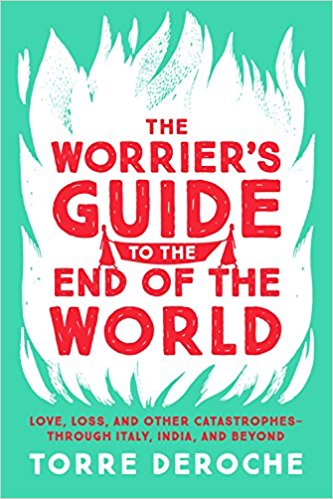 I loved Torre’s first book, Love with a Chance of Drowning, about her cross-Pacific adventure with her then-boyfriend. I had the pleasure of getting an advance copy of her second book (and I loved it so much I even wrote a blurb for it!) Whereas the last book was an adventure into the world, this book is an adventure into the self. After meeting the lovely Masha at an event in NYC, Torre meets up with Masha in Europe, where they decide to walk the Via Francigena trail in Italy and then follow Gandhi’s walking route in India. Along the way, Torre encounters snakes, shamans, rude travelers, friendly strangers, and a universe seemingly trying to point her in the right direction. This book is just as fabulously well written and engaging as her first. I grew to love it more with every page — and I can’t recommend it enough.

3. Island of the Lost: Shipwrecked at the Edge of the World, by Joan Druett 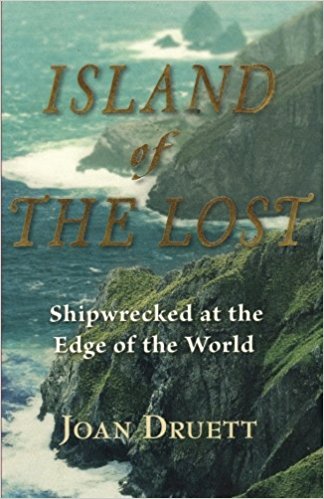 Auckland Island, located 285 miles south of New Zealand, is a place with year-round freezing rain, wind, and little food (bit apparently a lot of seals). Simply put, it’s not a place you want to get shipwrecked on. Yet in 1864, Captain Thomas Musgrave and his crew did just that — and a few months later, on the opposite side of the island, so did the crew of the Scottish ship Invercauld. This well-written account of the how the two crews survived (and didn’t survive) was a wonderful juxtaposition on leadership, camaraderie, and coming together in crisis. It’s not a long book. It took me a few days to read but it was compelling, captivating, and an excellent reminder of the importance of keeping one’s composure in a crisis.

4. Dispatches from Pluto, by Richard Grant 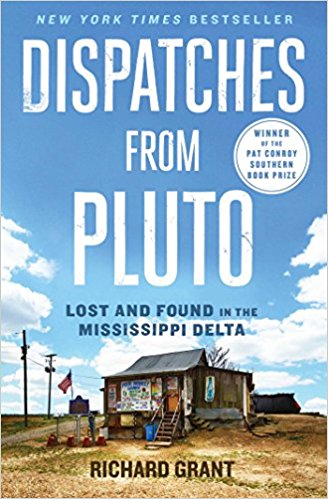 As a big fan of the state of Mississippi, I was really keen to read this book. The state is an often-overlooked tourist destination with eccentric but wonderful people; beautiful parks, rivers, and swamps; stunning architecture; and a complex and rich history for history buffs like myself. In this book, English writer Richard Grant and his girlfriend move to rural Pluto, Mississippi, to live a better life, escape the big city, lower their cost of living, and try something new. They learn to hunt, garden, fend off wild animals, handle snakes, and befriend interesting characters along the way. Grant dives into the contradictions of this state — from race relations and class to education, food, family, and everything in between. This book was incredible, nails Mississippi, and is a must, must, must read.

5. The Palace of the Snow Queen: Winter Travels in Lapland, by Barbara Sjoholm 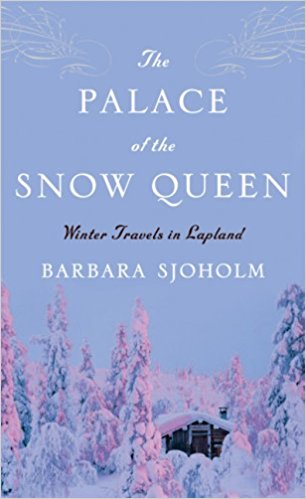 Barbara Sjoholm set off one winter to explore this arctic region — then spent two more coming back and learning about it more. In the process, she unearths the region’s rich history and dives into the tension between tourism, mining, and land use. Her book dives deep into the Samis, local indigenous population and their struggle to maintain their culture in the modern era. As a lover of all things Scandinavian, it was really nice to read about an area and people of the region not often given the attention they deserve. As much as I thought I knew about this region, reading this book taught me a lot – and showed me how much I still had to learn. Well written and insightful, you should definitely pick up this book.

6. The Not-Quite States of America, by Doug Mack 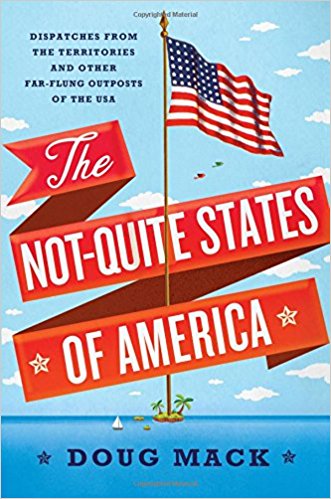 The United States of America is more than just 50 states. There’s also the non-states of American Samoa, Guam, the Northern Mariana Islands, Puerto Rico, and the US Virgin Islands. In this funny, detailed, fact-rich book, Doug Mack explores these territories largely forgotten by the rest of the country, which play a more important role in our country than we realize. I had the pleasure of listening to Doug talk about his book in NYC, and he’s a wealth of knowledge — just like his book! This one of those travel books that expands your mind about the place you don’t really know. In many ways it reminded me of The Geography of Bliss in its approach. If you liked that book, you’ll like this book too!

7. The Caliph’s House: A Year in Casablanca, by Tahir Shah 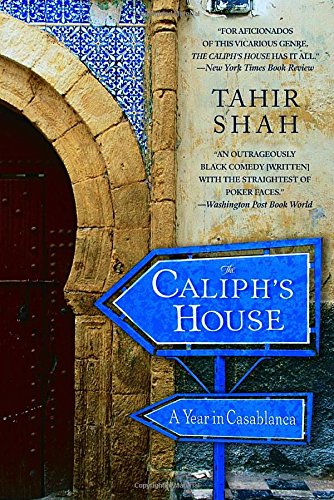 Inspired by the Moroccan vacations of his childhood, Shah decides to buy a house in Casablanca. He moves his family from England in hopes of breaking out from the monotony of life in London as well as exposing his children to a more carefree childhood. I randomly picked this up in a bookstore and couldn’t put it down. Shah is an engrossing writer and I was glued to every word. While dealing with corruption, the local bureaucracy, thieves, gangsters, jinns causing havoc, and the hassle that seems to come with even the most simple interactions, Shah weaves a story that is simply one of the best I’ve read all year. It’s beautifully written and endlessly enthralling. You must go buy this book!

Finally, in partnership with Amazon, I have some Amazon Kindle discounts to give away. I don’t carry a Kindle (I’m old-school and like paper), but since the Kindle is a traveler’s friend, I think this is a good deal with sharing! If you’re looking to get a Kindle, you can save $20 off one of the bundles below with the code KINDLETRAVEL. The offer is good until 9/17/17.

That’s all for today! Happy reading!

And if you have suggestions, leave them in the comments, as I’m always looking to add books to my Amazon queue that I binge-buy on weekends!

The post 7 Travel Books Worth Reading Right Now (and How to Get a Cheap Kindle) appeared first on Nomadic Matt's Travel Site.