“Have you heard of Scott’s Cheap Flights? Should I use them?”

When friends and family far removed from the travel hacking/cheap flights space ask me about a website, I know its mainstream. While there are many good deal websites out there (The Flight Deal, Secret Flying, and Holiday Pirates are three of my favorites), Scott’s Cheap Flights seems to have broken through where others have not. Over 1 million people get this daily flight deals email. I’m a big fan of the website and their ability to often break airfare deals (I used one of their alerts to fly to South Africa). It turns out Scott is fan of my website too so we sat down for an interview where I get him to spill the secret behind his website:

Nomadic Matt: Tell everyone about yourself. How did you get into this?
Scott: When I graduated college in 2009, I knew two things: (1) I wanted to travel the world and (2) I was never going to be wealthy. So if I wasn’t going to let #2 prevent #1, I knew I would have to figure out some creative ways to travel without spending my life savings. I began reading up on flight pricing economics, spending hours on various flight search engines, and learning various airfare patterns. Before long, I found an online community of fellow travel hackers and cheap-flight aficionados who enjoy not just travel but also the thrill of getting a great deal on flights.

Where did the idea of this website come from?
Scott’s Cheap Flights has a weird origin story. In 2013, I got the best deal of my life: nonstop from NYC to Milan for $130 round-trip. Milan hadn’t even been on my radar as a place to visit, but for $130 round-trip, there’s no way I wouldn’t go. And it turned out to be amazing! I went skiing in the Alps, caught an AC Milan match, hiked Cinque Terre, hung out on Lake Como. It was divine.

When I got back, word spread among friends and coworkers about the deal I got, and dozens of them began asking me to let them know next time I found a fare like that so they could get in on it, too. So rather than try to remember to tell George and Esther and Aviva when a great deal popped up, I decided to start a simple little email list instead so I could alert everyone at once. Scott’s Cheap Flights was born.

For the first 18 months, though, it was just a little, fun hobby I did for my friends. It wasn’t until August 2015 that it had generated enough organic growth that it made sense to think about turning it into a business. 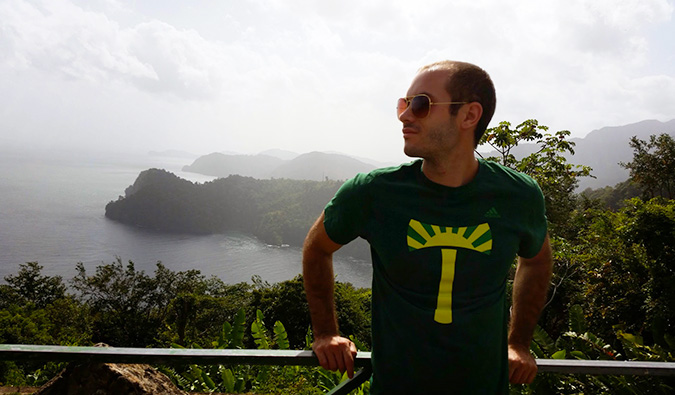 You’ve sort of blown up in the last year or so. What do you think have been the two biggest factors into your success?
First off, thanks! We just hit one million subscribers — still hard for me to believe. The credit goes to two primary factors:

First, there’s an incredible team who runs Scott’s Cheap Flights. It’s not just me; we’re up to 25 folks on the team now. We have a team of flight searchers finding great deals around the world, and also a team of amazing customer support folks. On an average day we get well over 700 emails in our inbox, and most people get a response within a few hours, if not a few minutes. I think this is a major reason why more than 50% of people who sign up for Scott’s Cheap Flights found out about it via word of mouth.

Second, the startup itself had very serendipitous timing. Right around when Scott’s Cheap Flights became a business, international flight prices began to plummet, fueled by low oil prices and a bevy of new low-cost airlines like Norwegian and WOW jumping into the transatlantic market. Whereas in 2010 it was rare to see flights from the US to Europe under $900 round-trip, in 2015 (and through to today), it’s relatively common to see those same flights around $400 round-trip, if not less. We can’t force airlines to offer cheap flights, but we’ve been there to ride the wave these past few years and help subscribers pay half of what they used to to travel abroad.

Were there any media hits or high-profile features that really changed your trajectory? I remember hearing about you a few years ago, but now it seems everyone I know, even outside of travel, has heard of your newsletter.
There was one in particular: a Business Insider article and I were taking in the summer of 2015. It helped take Scott’s Cheap Flights from a hobby to a full-fledged business by bringing in thousands of new subscribers. We’ve had hundreds of media hits in the two years since then, but as we’ve grown, each individual one has necessarily had a diminishing impact. Perhaps a Nomadic Matt interview will give a big new boost though! 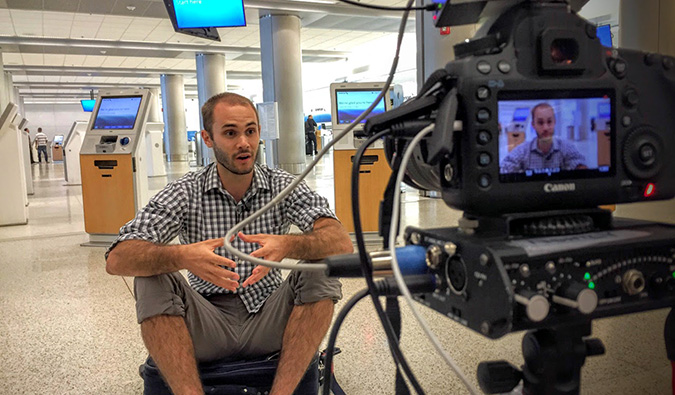 How does your website work? How do you find these deals? Do you have team of people searching for deals? Is it an algorithm?
One thing that surprises a lot of people is that we don’t have a bunch of computers running secret algorithms to find cheap flights. All of our fares are searched by hand. The secret sauce is hard work. Airfare changes by the hour, if not by the minute, and the best deals don’t tend to last very long, so finding out about them early is the key to booking them before they’re gone. Most people don’t want to spend all their free time searching for cheap flights; we love doing it and being subscribers’ early detection radar.

Another way to think of it is like this: Almost everybody is capable of cooking dinner at home, but that doesn’t prevent the existence of the restaurant industry. People don’t always want to put in the time and effort required to find cheap flights, so we’re happy to do it for them.

That seems super time-consuming. How do you decide what and where to search? Do you just randomly plugging in places and dates, or is there more of a method to the madness?
There’s a bit of proprietary knowledge that goes into the process, but 95% of it is just the sheer legwork, day after day, searching various routes and seeing what pops up. There’s more of a skill aspect to the process than I would’ve guessed four years ago, whether that’s remembering certain esoteric routes that periodically go on sale, or knowing that a fare war out of one city likely indicates fare drops in other similar cities. For the most part, though, it’s just a small team of incredibly talented and dedicated flight searchers scouring through fares all day every day, disregarding 99% of them and skimming off the juiciest 1% to send to subscribers.

Unfortunately (though perhaps not surprisingly), we’re seeing a continued drought of cheap flights to popular destinations like Brazil, Argentina, Australia, and New Zealand. 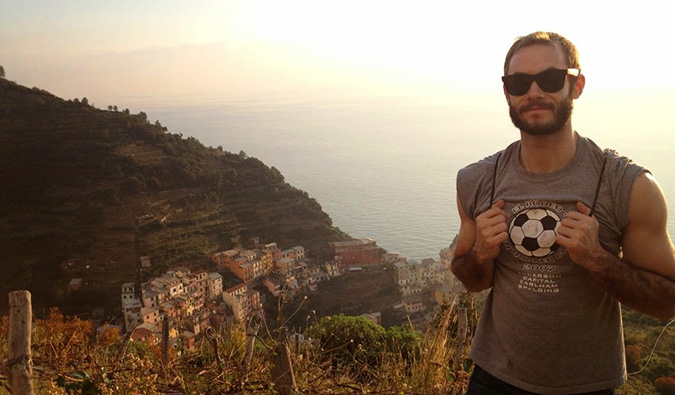 Do you use your own deals or are you more of a points/miles-in-business-class kind of guy?
Sure do! I’m personally not a business-class type of guy. I’m still young enough to be fine in coach for as long and far as a plane can fly. Ask me again in 20 years — but in general I’m uncomfortable being doted on in the premium section of the plane. I’m a simple guy. I don’t need much.

Do you plan to go global and feature more non-US deals?
Yes! We have a team of flight searchers finding cheap fares departing not just from the US but also Canada, the UK and mainland Europe, Australia and New Zealand, the Caribbean, Latin America, Asia, and the Middle East (Sub-Saharan Africa coming soon!).

You get all these flight deals, but tell me some of your favorite travel experiences. What’s one of your favorite recent travel memories?
Last year my wife and I took a trip to Belarus to visit her family. One of the days we took a trip to a “park” that consisted of a big open field filled with old discarded and retired Cold War–era Soviet weapons. Think machine guns, missiles, and tanks.

Mostly people would walk around and pose for selfies in front of these massive weapons, but at one point I saw a small group of tourists from Asia hand a park operator some cash and then start to climb on top of a WWII-era tank. I thought they were just going to take photos, but a few seconds later the tank started lurching forward before hitting a cool 25 miles per hour, zipping around the park. These tourists were having the time of their effing lives, and it gave me so much joy just to watch them. 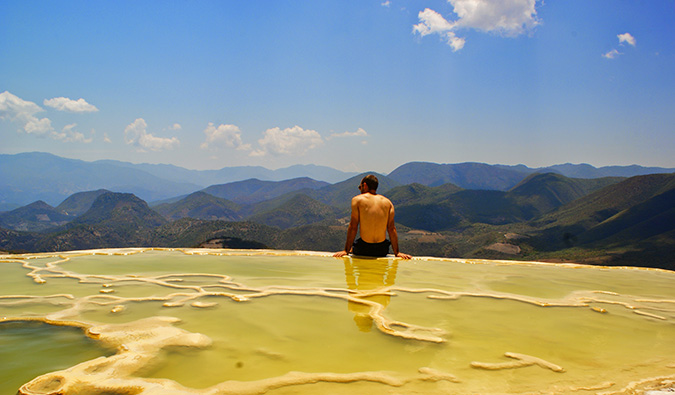 Your deal website is great of course, but what about just everyday flights people need to see Grandma. What advice do you have based on your experience learning how airline pricing works?
The single best trick to getting cheap airfare is flexibility. Being flexible not just with your dates but also your locations. For example, that NYC-Milan nonstop round-trip deal for $130 I mentioned at the top. I wasn’t living in NYC; I was living in DC. But for that fare it was well worth the short $20 bus ride up. I spent the weekend with friends in NYC and saved myself $650 off what fares would’ve been from DC to Milan.

The way most people approach getting a flight is this: (1) pick where they want to go; (2) pick their dates; and (3) see what prices are available. By prioritizing the fare lowest, they often end up with expensive tickets.

Instead, if getting a cheap flight is your priority, flip the order: (1) see what prices are available to various places are around the world; (2) decide which of the cheap destinations appeal to you; and (3) select the dates you like that have the cheap fares available.

What’s the craziest deal you ever got?
In addition to that $130 nonstop NYC-Milan deal, my wife and I recently scored $169 round-trip flights to Japan — flippin’ love mistake fares. And team members have gotten similarly good deals to Hawaii, New Zealand, etc.

Finally, what’s one non-airfare-related travel piece of advice you’d give someone?
Read more magazine articles and listen to more smart, informative podcasts. I’m a firm believer in the liberal arts approach of knowing a bit about everything (as opposed to everything about just one subject), not only as a way to be a well-rounded person but also as a social lubricant. If you can hold a conversation about anything from architecture to the stock market to Asian budget airlines, you’re far more likely to meet interesting people and develop deeper relationships.

Scott founded Scott’s Cheap Flights in a Denver coffeeshop. Scott is the flight searcher-in-chief, spending 8-12 hours a day on Google Flights as well as oversee daily operations. If you’re looking for flight deals, it’s one of the best.